I think I did this while I was a freshman in high school, I can’t really remember. I bought Halo for PC, and Bungee was nice enough to release Halo CE, which allowed for people to make their own maps, weapons, etc. So I found a good tutorial for how to use it and decided to make my own weapon. I am a trombone player, so naturally, I wanted to make a trombone gun. I found a model of a trombone in the Google sketchup library (since I’m not very art-sy) and converted it so I could use it in 3DS Max. Rather than pay for it, I just used the trial version which worked fine. You have to basically make a copy of an existing weapon, change the 3D model, and save it as another weapon. I modeled mine off of the shotgun so that Master Chief would move the slide to reload. It shot a cluster of 5 rockets, so it was a 1 hit kill every time. Here’s some pictures of it: 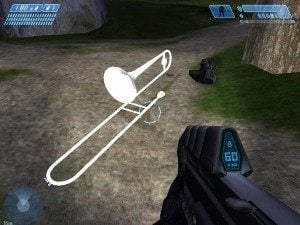 You can see me modeling it, what it looked like when you were holding it, and what it looked like before you picked it up. I don’t know if I still have all of the files for the mod, they may have been on an old computer that got reformatted. I’d didn’t ever play with it in a multiplayer game online, and I’d like to do that. 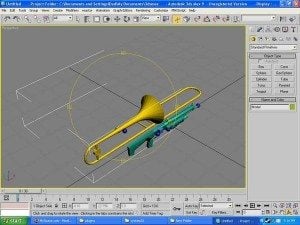 Your Game of Life