A couple years ago, there was a commercial that ran for Chef Boyardee that had a can of soup following a little girl home. You can see it here:

This didn’t really mean anything until I was looking around the m5 Industries website. M5 is a special effects company in San Francisco that specialized in practical effects for movies, shows, and commercials. Most people will know the founder of the company though: Jamie Hyneman, the guy with the mustache on Mythbusters. They had a lot of their work documented (since taken down, since M5 is now defunct because of Mythbusters). But I noticed some pictures of the can from the commercial without the label on it. It was really interesting to me since the design they had come up with was really cool. Instead of just making a cylinder with 2 independent wheels, it was actually a clear tube with a small platform that held the electronics and motors and rotated the can around itself. To steer, it used a small gyroscope made using a flywheel. Here are some pictures of it: 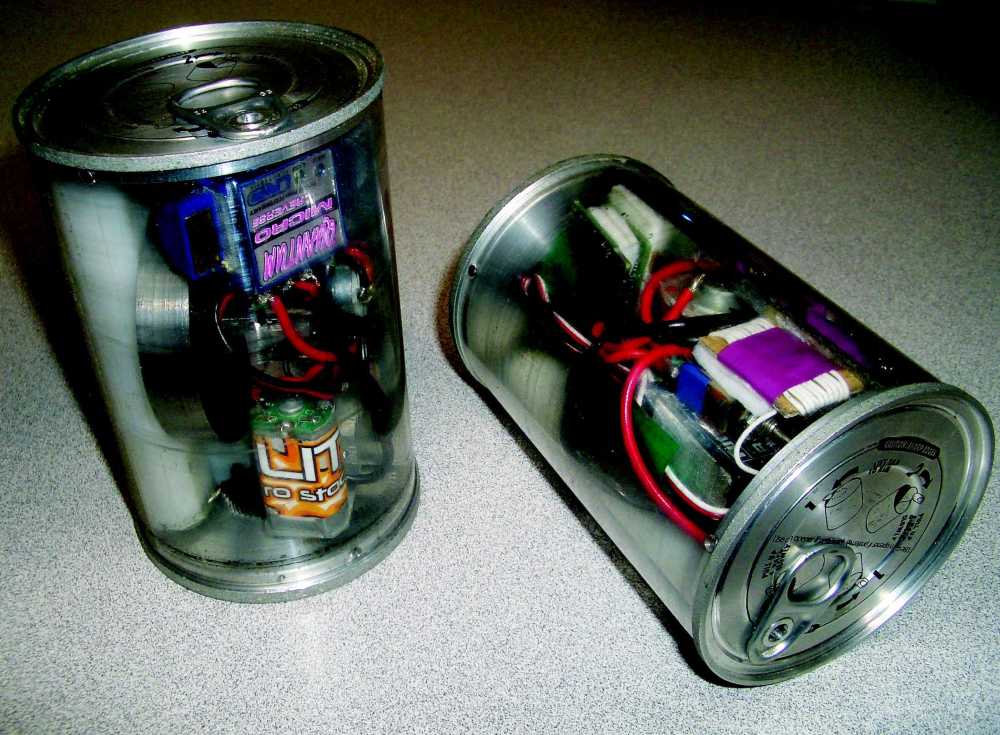 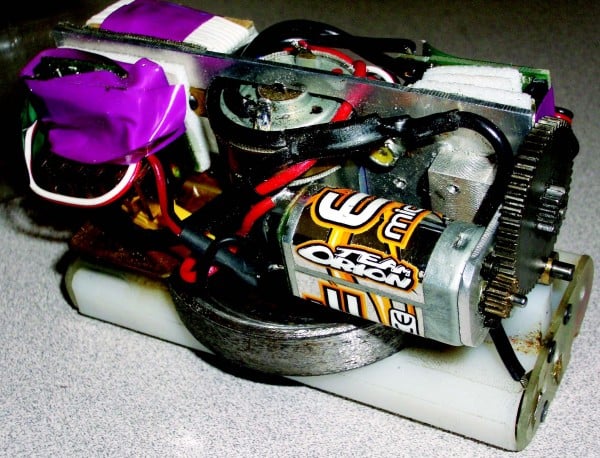 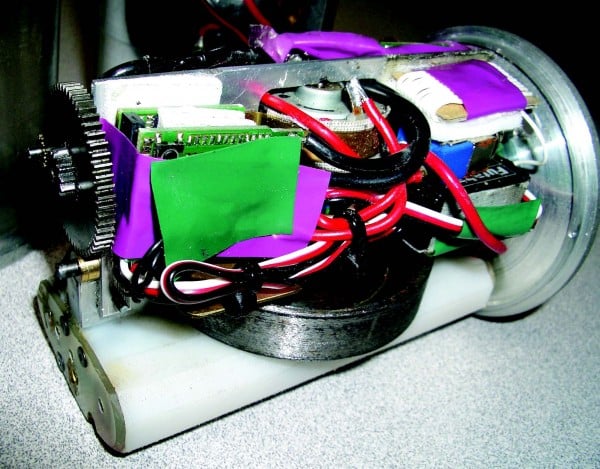 And here’s my version:

I later read that on the day of the shoot for the commercial, that RC can that M5 built didn’t work well enough and they ended up using a string!